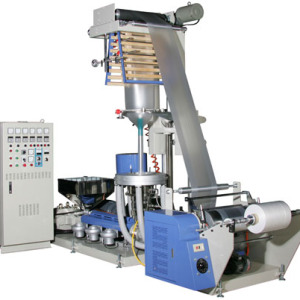 SolveTech, the leader in non-contact gauging systems, has been developing tools for thickness, profile and basis weight measurement of blown film extrusion products for over 30 years.

Learn more about the impact of thickness gauging for a blown film plant here.

Blown film, also known as tubular extrusion, produces tubular film. The film width is controlled by the volume of the air in the bubble, the output and the speed of the haul-off process. Blown film does not have a seam or a bead trim edge, so it often results in the most uniform end product. There are several applications including:

Call SolveTech today to learn more about all our products for blown film measurement and thickness gauging! We look forward to hearing from you.