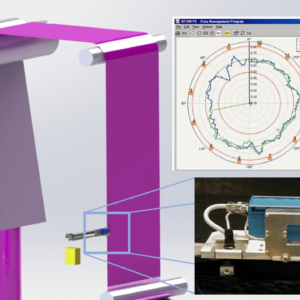 Learn how a new standard in the measurement of the thickness of plastic film is not only being met but exceeding the expectations of buyers by adding benefits in improving sustainability, reducing variability and ultimately leading to cost effectiveness by cutting material cost.

A new ASTM International standard (WK54333) will ensure improved quality control for measuring plastic film, which in turn will vastly affect precision in cross web and machine direction. It’s a welcome protocol for blown film plants that depend on accuracy in on-line and off-line blown film extrusion.

SolveTech, a 36-year industry leader in gauging technology for the plastic film industry, and ATSM member has the perfected capability to meet the latest ASTM blown film gauging standard. In fact, the precision and accuracy of the PR2000 offers calibration and software to assess an entire bubble in 30 to 60 seconds and is effective enough that most blown film plants only require a single unit to cover the needs of an entire operation.

It’s clear that the ASTM standard paves the way for refined quality control, accuracy, and speed related to point-to-point measurement, but is there more value to add to producers and buyers? Yes!

If you’d like more information on how to achieve the best results for blown film gauging or consulting regarding quality control measures for your blown film plant, contact us today.