All About Blown Film

One of the most common methods of film manufacturing is blown film. Blown films results in a variety of products for a variety of end projects ranging from plastics bags to medical supplies.

The Process and The Products

Blown film, sometimes referred to as tubular film, involves pushing the plastic through a circular mold and then expanding the plastic into a bubble.

This process can produce a variety of plastic product including plastic bags and sheets. Specific products include: 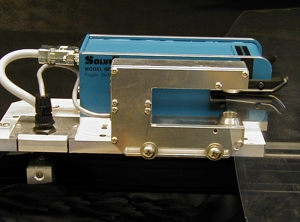 Gauging blown film is a critical part of the product and quality control process. If the gauge is off or inconsistent this can jeopardize the quality of the end-product costing your company both time and money. SolveTech, the leading provider of gauging tools for the plastics industry, offer precise, non-contact measuring products that can be used during product and after product to ensure your product is ready for the marketplace and to help you avoid costly and time-consuming production errors.

The BF200 is  a non-contact, on-line system to measure film thickness after the lay-flat process. The BF200 is an add-on gauge that adds on profits by reducing scraps, improving quality, enhancing training and increasing productivity.  The tool is totally non-invasive and will not disturb your process or your end product.

The Precision Profiler is an off-line system ideal for your quality control, calibration and product assessment. The tool is fast, accurate and extremely easy to use. The Precision Profiler is the ultimate tool for quality control. It provides analysis for each roll produced, thickness profile and QC reports and helps you troubleshoot customer complaints.

Want to learn more about SolveTech’s tools for Blown Film? Call us today!